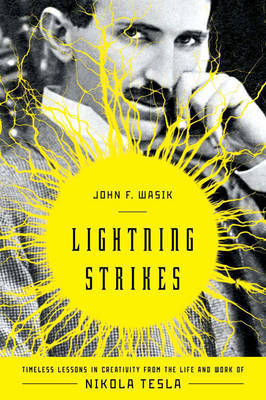 This book examines Tesla's complete life and legacy, including his astonishing 700 patents and the long-secret papers he kept at his side when he died. Engineers, entrepreneurs and academics will find it invaluable not only for the never-before-published interviews and archives, but also for the creative principles that visionaries like Larry Page and Elon Musk have used to build iconic brands and ground-breaking inventions. The book also reveals why the government and business leaders wanted to shut down Tesla's bold experiments and how hundreds of his ideas are now being implemented globally, including clean power, robotics, alternating current motors and wireless transmission of power and information.

Examines Nikola Tesla's complete life and legacy, including his 700 patents and secret papers. Includes never-before-published interviews and archives. Shows how hundreds of his ideas are now being implemented globally.

"A pretty fun gift for any tech geek or nerd." --Techaeris

John Wasik--author of 15 books and more than 1,000 columns, blogs, and articles for the Wall Street Journal, The New York Times, Reuters, Forbes, and Bloomberg News--has been researching Tesla for more than a decade. He's filed numerous Freedom of Information Act requests and reviewed thousands of pages of Tesla's letters and files, many of which disappeared when he died in 1943. He has also consulted with Tesla experts worldwide and explored the vast resources of the Edison, JP Morgan, Westinghouse, and FBI archives. Wasik lives in Grayslake, IL, and speaks widely around the world.