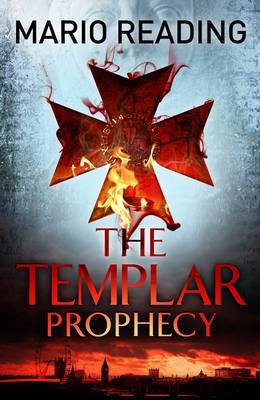 June 1190. A Knight Templar, Johannes von Hartelius, rescues the Holy Lance from his drowning King during the Third Crusade. April 1945. A courier arrives at the Hitlerbunker with a parcel. The Fuhrer calls for a vacuum canister to be brought, seals the documents he has received inside it, attaches the canister to a leather case containing the Holy Lance, and sends it away, guarded by a descendant of Johannes von Hartelius. Present Day. British photojournalist John Hart finds his father crucified, with the mark of a spear in his side. Shattered and bewildered, Hart learns for the very first time of his family's destiny - to be the Guardians of the Lance. As Hart begins to investigate, he discovers a German occult rightwing organization called the Brotherhood of the Lance. Hart infiltrates the organization to investigate his father's murder - but the secret of the Lance is more terrifying than he could ever have imagined...

Mario Reading is a multi-talented writer of both fiction and non-fiction. His varied life has included selling rare books, teaching riding in Africa, studying dressage in Vienna, running a polo stable in Gloucestershire and maintaining a coffee plantation in Mexico. An acknowledged expert on the prophecies of Nostradamus, Reading is the author of eight non-fiction titles and five novels published in the UK and around the world.