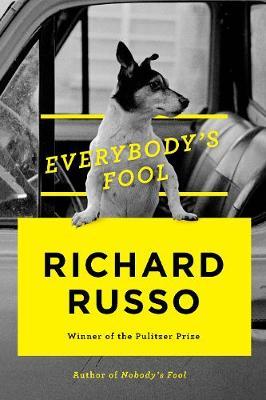 Richard Russo's new novel takes place in the decaying American town of North Bath over the course of a very busy weekend, ten years after the events of Nobody's Fool. Donald 'Sully' Sullivan is trying to ignore his cardiologist's estimate that he has only a year or two left. Ruth, his long-time lover, is still married to Zach and running Hattie's lunch counter, though she's increasingly distracted by her former son-in-law, fresh out of prison and intent on making trouble. Police chief Doug Raymer is obsessing over the identity of the man his wife might have been about to run off with before she died in a freak accident, while local wiseguy Carl Roebuck might finally be running out of luck...Add a funeral, an escaped cobra, a collapsed building and a lot of beer to the equation and you have a novel which is a pure pleasure to read - genuinely funny, enormously heartfelt and imbued with the warmth and wisdom that are Richard Russo's stock in trade.

A delightful return ... to a town where dishonesty abounds, everyone misapprehends everyone else and half the citizens are half-crazy. It's a great place for a reader to visit, and it seems to be Russo's spiritual home. New York Times The Fool books represent an enormous achievement, creating a world as richly detailed as the one we step into each day of our lives... Sully in particular emerges as one of the most credible and engaging heroes in recent American fiction. -- T.C. Boyle New York Times Book Review A madcap romp, weaving mystery, suspense and comedy in a race to the final pages. Wall Street Journal Richard Russo can write like Edith Wharton leavened with a touch of David Lodge The Economist A writer of great comedy and warmth, Russo's living proof that a book can be profound and wise without aiming straight into darkness. USA Today

Richard Russo is the author of seven previous novels; two collections of stories; and On Helwig Street, a memoir. In 2002 he received the Pulitzer Prize for Empire Falls, which like Nobody's Fool was adapted to film, in a multiple-award-winning HBO miniseries. He lives in Maine.